Month after month we get questions about “low profile” FFUs. Problem is that there is no height that is universally understood to be “low profile”.

I think the issue starts with where the FFU originated. Way “back when” clean rooms were usually large ball rooms with pressurized plenums above a gel grid ceiling system, fed by a large off site blower capable of tens of thousands of CFM. At some point, in the early 90’s, it came into vogue to put a fan on each nominal 2’X4’ filter and the Fan filter Unit (FFU) was born. Since the clean room industry sprouted as a subset of general construction it naturally followed that clean room ceiling filters, and then fan filters, would be the same size as ceiling tiles in an office. 23 5/8” X 47 5/8”.

So, the fastest and cheapest way to make this type of nominal 2’X4’ FFU is using a single fan, which ends up for any number of brands you commonly find in the US being 12-13” in height. 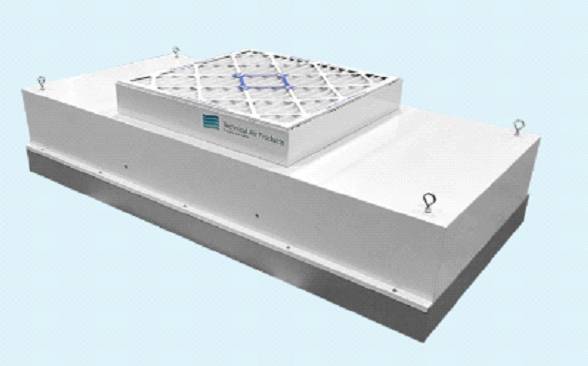 TES-Clean Air Systems product offering diverged from the standard “2’X4’ construction FFU” into our niche: Applications specific FFUs for Wafer Front End (WFE) tools, and Equipment Front End Modules (EFEMS). And as such our standard faire typically uses two smaller fans as we knew that overall cube of our FFU had to take up the least amount of space as possible, allowing for a 9” nominal height. 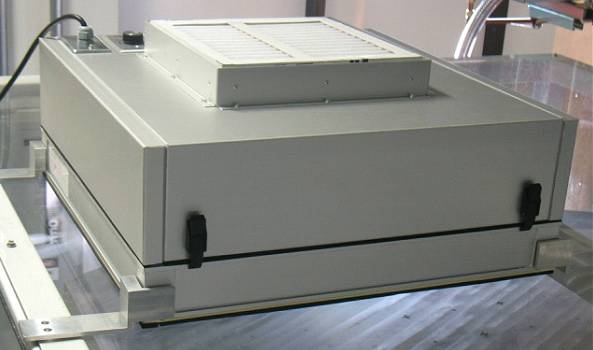 PIC is of a 7” total height, low flow FFU 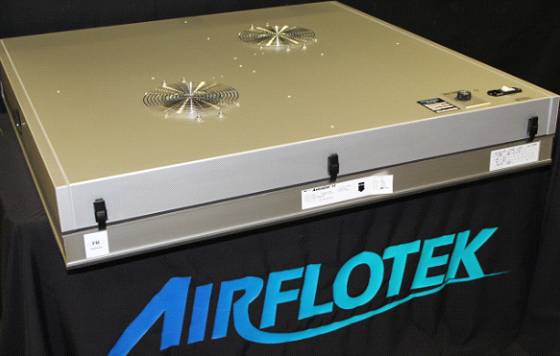 What do we consider low profile? How short can an FFU be, and what does limited height do to the uniformity of the clean air coming from the filter face? What other considerations or options might there be?

As the leader in custom engineered Fan Filters Units (FFUs), we are often presented with the challenge of fitting a FFU in a restricted height area. As the semiconductor equipment market continues to pack more equipment in less space, the challenge of getting clean air to the key zones while staying within the space allotted is increasingly challenging. We’ve assembled a short presentation on Low Profile applications for FFUs.