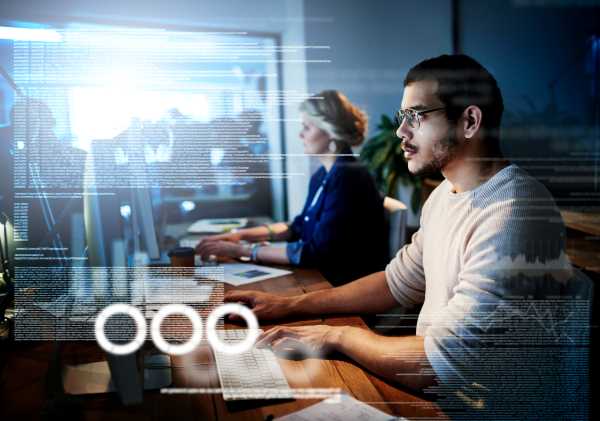 Taiwan Semiconductor Manufacturing Company (TSMC) is poised to benefit from its large investments in top-line wafer-fab infrastructure, according to Semiconductor Digest writer Shannon Davis. Citing an analysis from the 2019 McLean Report, Davis writes that TSMC will continually increase production of 7nm integrated circuits for the rest of 2019. (The McLean Report is published annually by the market research company IC Insights, which focuses its analysis efforts on the semiconductor industry. To learn more about the report, visit IC Insights’ website.)

TSMC is the biggest silicon foundry in the world. Data from its quarterly revenue reports and projections from IC Insights point toward a strong finish to the year. As of the publication of Davis’s article, the company had reported 2019 sales that so far were roughly equal to 2018. However, its sales in the second half of the year are projected to increase by 32 percent. That is a huge increase, especially when compared to the rest of the integrated circuit industry, which is projected to see sales grow by 10 percent on average. Davis posits that two customers in particular, Apple and Huawei, have a voracious demand for 7nm application processors for smartphones. That demand is a large factor behind the healthy forecast going forward.

Its newer technology is gaining steam with customers. For instance, Davis reports that it took less than a year—only three quarters—for the 7nm technology to hit the threshold of accounting for 20 percent of sales. The company’s 10nm, 14nm, and 20nm products performed similarly well. In contrast, its 40–45 nm technology required eight quarters to reach the same threshold. Its 28nm technology was a bit speedier, but still took five quarters to account for more than 20 percent of quarterly revenue.

Davis goes on to write that this trend will continue, at least according to the company: TSMC believes 5nm technology sales will see an even speedier ramp-up than previous technologies. Demand for advanced technologies has led to the company making plans to dedicate more funds toward supporting its creation of advanced products. All in all, the data from the 2019 McLean Report paints a very strong picture of TSMC in particular and the semiconductor industry in general.

If you are interested in learning more about semiconductor FAB technology, contact us here to see our variety of custom FFUs, MAC 10s and advanced clean room equipment that is powering the industry and providing a brighter future.